As shown on the map below, state Senate District 66 (SD66) lies along the west end of the northern border of St. Paul, and includes the cities of Falcon Heights and Lauderdale, and most of Roseville.

SD66 is represented in the Minnesota State Legislature by:

The SD66 DFL Central Committee meetings are open to the public and held online via Zoom. Attending is the best way to find out what’s going on politically in the district, as well as how to get involved! Check our calendar for the most up-to-date meeting dates and times.

The Senate District 66 DFL Newsletter is published four times a year to inform and educate all interested parties in the activities and issues of SD66 DFLers including elected officials and endorsed candidates. Please contact the editor if you are interested in joining the newsletter committee or submitting an article for publication. Click here to download the February 2021 issue. 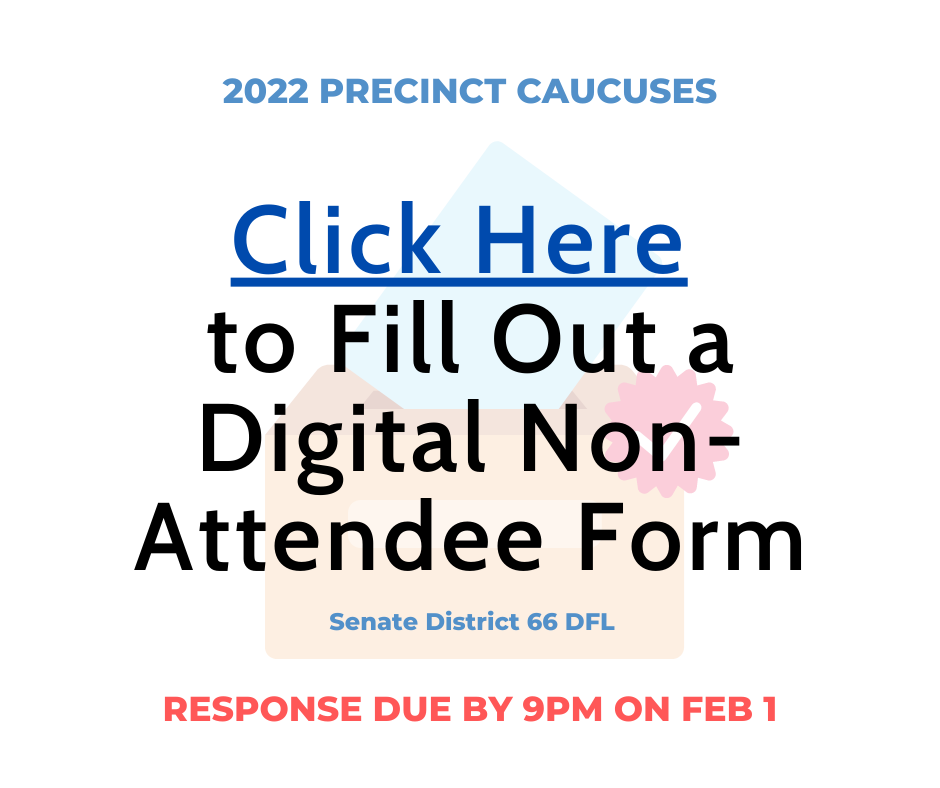